UNITED KINGDOM. Ben Eine has been painting words and individual letters around the world for decades. He started as a street graffiti writer to becoming a household name in the UK and in art circles around the world. He has painted store shutters in his now famous alphabets in varying fonts in London, to murals, famous buildings and everything in between. Easily recognizable Eine is still painting the streets with his vibrant words and brightening spaces around the world with his clever and vivid works. Most recently his work was also gifted to President Obama by then Prime Minister David Cameron giving his work further recognition. A little known fact is that Eine is also a Master Printer and is the printer for some of the best and street artists in the world and has produced many of their works. 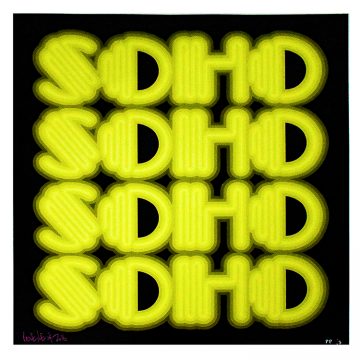