UNITED KINGDOM. D*FACE started to have an interest in Graffiti Art at a young age when he first saw the graffiti on the trains of NYC. D*Face's interests drew him to skateboarding, street culture and hip hop. He is the creator of the iconic D-Dog character which he often uses in his artwork. He also uses Zombie like characters to transform the mundane. Dface has many collaborations to his credit including album covers for major music artists. D*Face continues to paint giant murals and is a force in Street Art while exhibiting his works at galleries worldwide. DFace's art has been exhibited in galleries all over the world and he also uses his platform to promote upcoming artists as well. 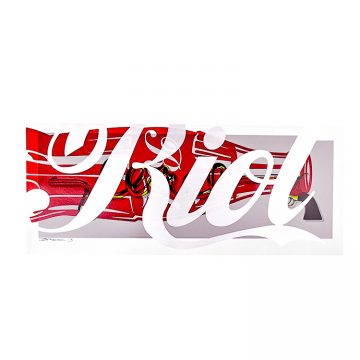