FRANCE. Dran also known as the French Banksy is a shining star in the Urban Art world. He uses dark humor to bring light to socio-economic disparities, popular culture, political and other contemporary issues. He often uses childlike characters, many times depicting himself using crayons to tackle complex issues almost simplifying them. He is also anonymous so his work is often difficult to acquire and exhibitions often held in secret until they are revealed by people posting on social media. 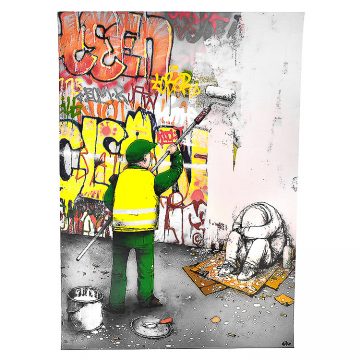 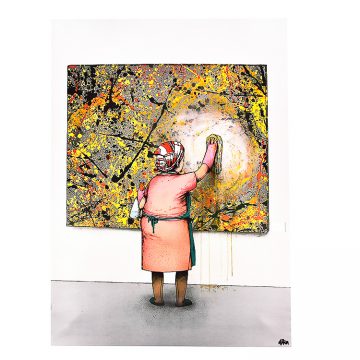