USA. Emilio Ramos was working as a construction worker when he was asked by a friend to paint her body for a music video. Although he did not have an art background he was drawn to art and started painting images of Marilyn Monroe that he liked but had trouble capturing her eyes and mouth on canvas and an idea was born. He covered one eye with hair and added a bandanna; that soon became his signature style. He has painted his now signature style from the streets of Harlem to Paris. He also has his work featured in many popular venues around the globe. 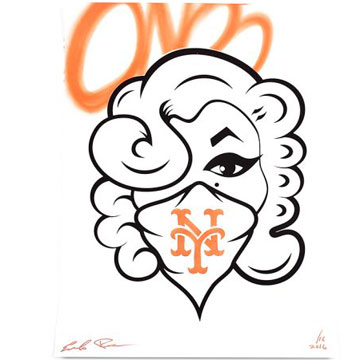