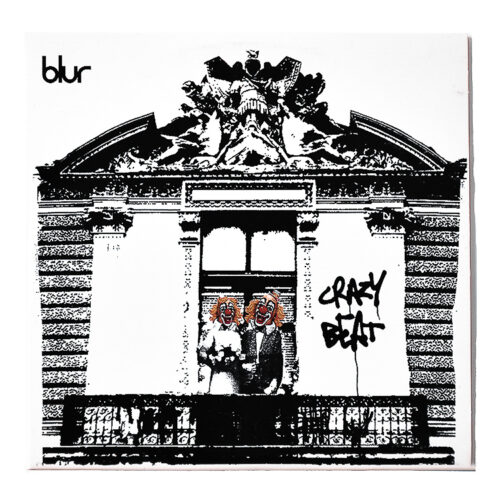 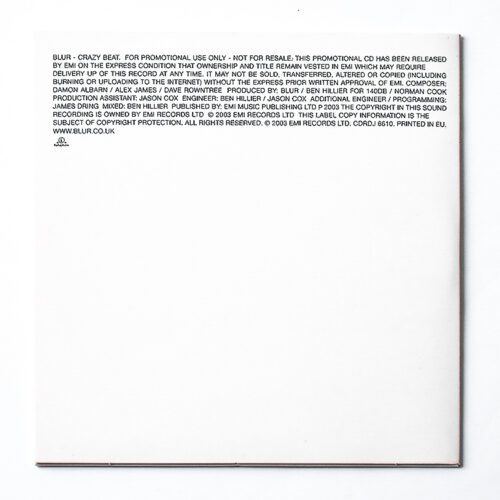 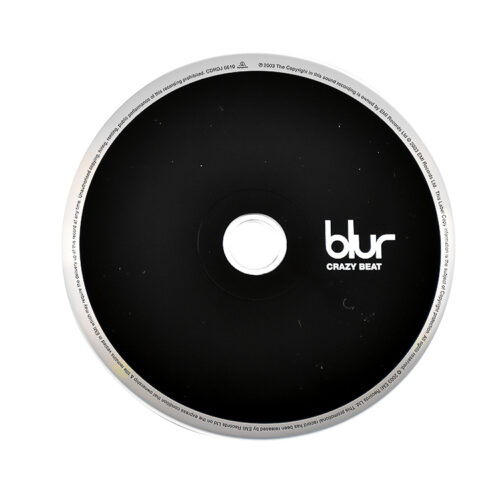 Very rare promotional version cd of Blur single Crazy Beat featuring Banksy art on the sleeve cover.
Public release was in cd case.
This cover art was originally painted by Banksy on a building in London and later removed by local council graffiti removal squad.
An alternate cover with a single person instead of the couple on the balcony was used for the general release of the single worldwide, except Canada.
Promotional vinyl and cd’s are rare and sought after as they are generally not sold to public. They are sent to Radio Stations, DJ’s, Tastemakers, Industry Executives and Journalists ahead of a general release to get feedback and generate buzz.
Most promotional cd’s or records are either kept in recipient collections, lost or discarded.
Back of cardboard sleeve printed with promo information.
Printed on recycled materials.