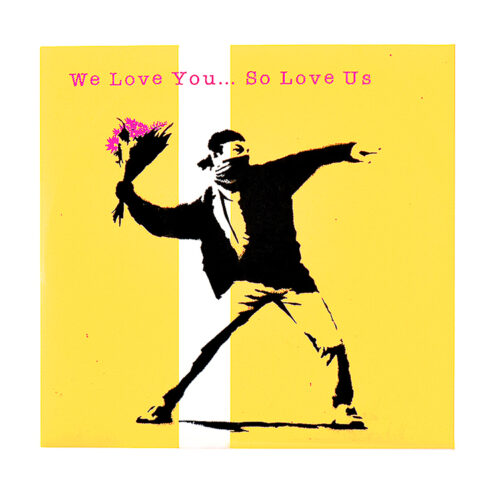 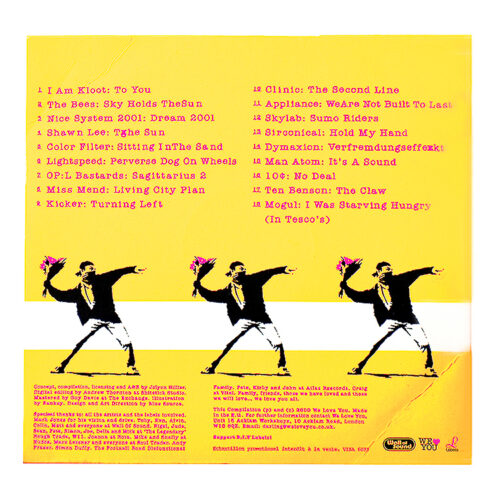 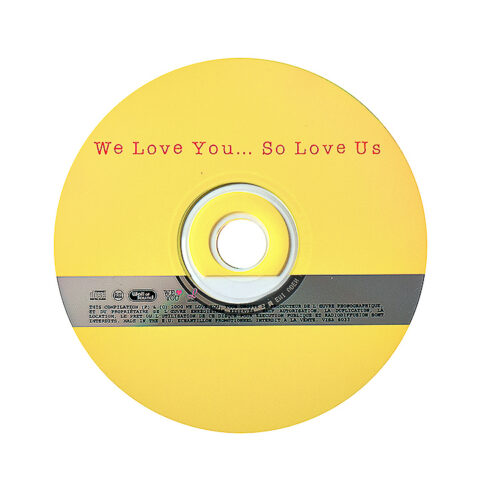 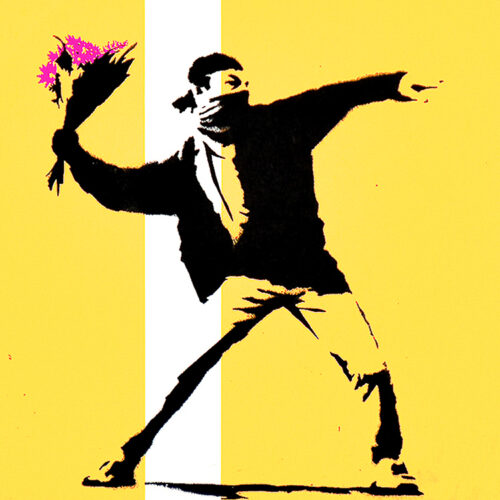 Super rare promotional cd with Banksy art featuring the iconic Flower Thrower on cd sleeve cover.
Public release was in cd case.
Banksy shared studio space with the indie music label Wall Of Sound back in the early 90’s in London and created cover art for the label.
Very early use of this now recognizable image from back in 2000 when this was released.
The image would be painted by Banksy years later in Jerusalem. A limited edition screenprint was also issued at a later time.
Illustration by Banksy printed on back cover.
Flower thrower is also known as Love Is In The Air or LITA.
Multiple thrower images are on back of cover.
Promotional vinyl records and cd’s are rare and sought after as they are generally not sold to public. They are sent to Radio Stations, DJ’s, Tastemakers, Industry Executives and Journalists ahead of a general release to get feedback and generate buzz. Most promotional cd’s or records are either kept in recipient collections, lost or discarded.
Back of cardboard sleeve is also printed with credits and other information.
4.9 inches x 4.9 inches
12.5 cm x 12.5 cm